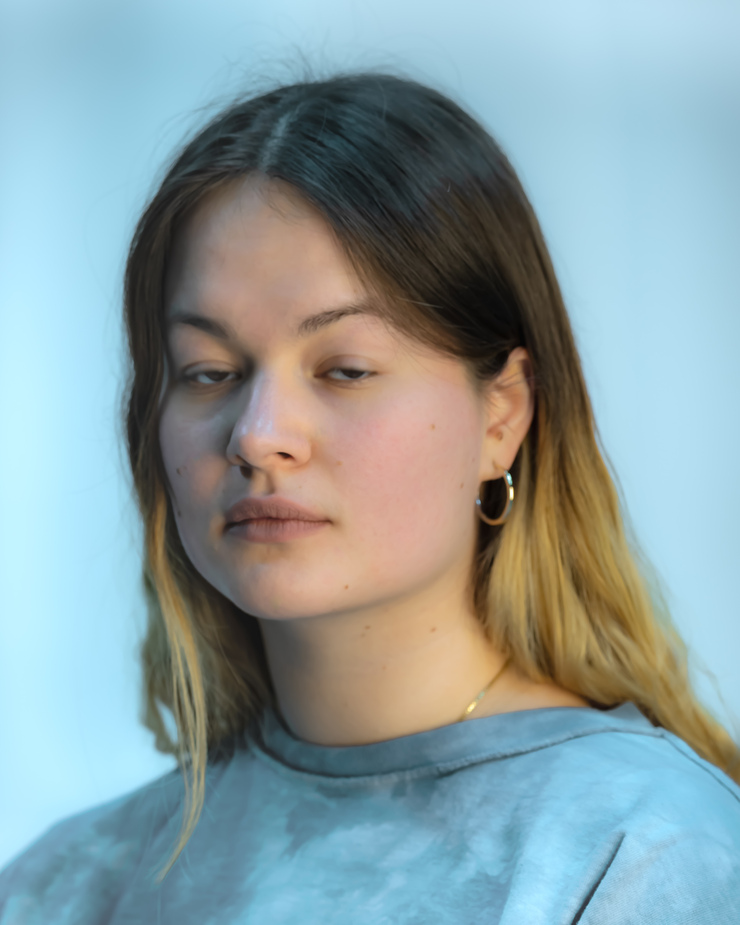 Tereza Glazova is a Latvian artist based in Zürich, Switzerland. Glazova navigates subjects of identity, global trends, monoculturalism and psychological states of being. Together, they allude to fictional autobiographic stories about hierarchy games & resistance. 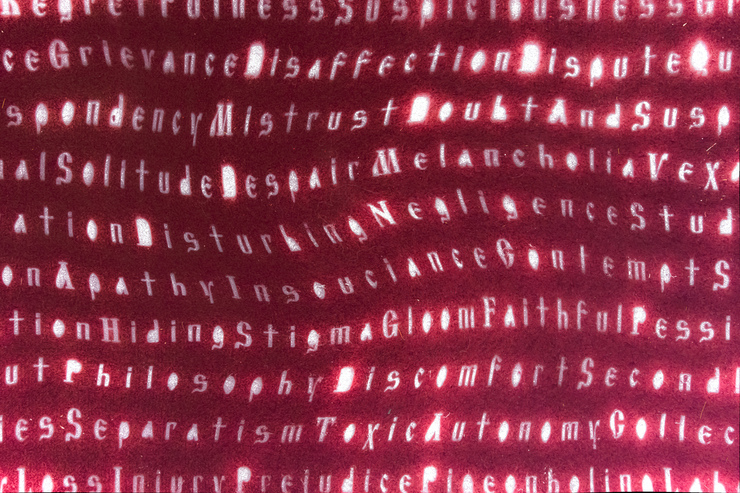 I see her walking across the inner yard - her back bent, head tilted to the side, neck and left shoulder hugging the heavy load that's hanging down on both sides of her body. She is walking quickly, taking small steps while her gloved hands try to balance the weight on her shoulder. Her mouth slightly open, lips wet and tense, exhaling small clouds of warm air, the eyes squinted because of all the light reflected by the snow. She aims to the metal construction in the middle of the yard, which even the children, who usually climb on all sorts of objects, tend to ignore. She skillfully throws it over the rack and grabs the beater that has been laying in the snow. She swings her arm back generously and makes the first hit. The smack is so loud, it bounces against the tall buildings around the yard, hitting every of the 9 floors, echoing against metal balcony meshes, ricocheting against PVC windows. She is beating it at a brisk tempo, one can see it is not her first time. She pounds it with big smacks, so hard that the dust instantly spurts out of it into the air, putting the scene in a grey frame. She has to cough, so she looks away and covers her mouth, but does not stop with the procedure. After she is finished with the middle, she does the edges, then she rapidly moves over to the other side of it. She does the same ritual again, as rhythmically and violently as for the first side. Now that all of the dirt, that has been hiding in it for such a long time is gone and covering the snow, she elegantly pulls it down off of the rack, rolls it up and throws it over her shoulder. She is done and she is going back home. A mix of grey dust and her warm breath is still visible in the air.